Which came first, the boy band or the screaming teenage girls? For the cynical “grown-ups” among us, the conclusion has generally been that the former was invented solely to monetize the latter. But sometimes, the road to that unique brand of stardom is a far more well-intentioned one—produced not by a strategic marketing campaign, but by lifelong friendships and a passion for performing. Yes, Human Nature was once a “boy band”—a hugely successful one, in fact. And though they’re not proud of everything that phase of their career produced, they no longer shy away from it, either. A blast from the past. Image Courtesy of Designer Magazine

END_OF_DOCUMENT_TOKEN_TO_BE_REPLACED

Before The Venetian, There was the Sands: Human Nature Performs on the Rat Pack’s Hallowed Ground

In the final scene of perhaps the quintessential Vegas movie—the original Oceans 11—we see a dejected but ever-cool Rat Pack dressed to the nines and strolling down a sun-baked Las Vegas Boulevard. As the credits roll and Sammy Davis croons “Ee O Eleven,” a marquee slowly appears in the background of the shot, slyly revealing the names not of Danny Ocean and his gang of casino thieves, but of the real Rat Packers themselves: Frank Sinatra, Dean Martin, Sammy Davis, Jr., Peter Lawford, and Joey Bishop.

It’s the perfect ending to a film that helped define both the slick style of the time—1960—and the reputation of a still youthful Las Vegas. And it was filmed in the exact location where Human Nature now proudly performs its own stage show—keeping alive a truly unique Vegas institution.

END_OF_DOCUMENT_TOKEN_TO_BE_REPLACED

Clowns, Maybe, but No Tears: How Human Nature got Smokey Robinson’s Stamp of Approval

Despite all the talk of New Year’s resolutions, clean slates, and fresh starts, it’s a simple fact of human nature (no pun intended) that we all like to take stock of how far we’ve come before jumping into what’s next. In particular, we can’t help but consider the individuals who believed in us enough to lend credence to our goals and turn possibilities into realities. For Human Nature, perhaps the most influential of these supporters is a man they admired long before they had the privilege of calling him a friend. His name, of course, is Mr. Smokey Robinson.

The brief explanation of Smokey’s impact on Human Nature’s career is right there in the title of their Vegas stage show, which will be celebrating one full year at the Venetian this January: “Smokey Robinson Presents Human Nature: The Motown Show.” As fans have come to learn, though, that name has far more meaning to it than your typical showbiz promotional tie-in. In fact, a more accurate title might have been, “Smokey Robinson Believes in Human Nature,” since the genuine interest and support from this Motown legend didn’t just help put Human Nature at the Venetian… it helped them find the ultimate validation for years of hard work.

END_OF_DOCUMENT_TOKEN_TO_BE_REPLACED

A Holiday-Inspired Look Back: When Human Nature Met Michael Jackson

One of the underrated, magical qualities of Christmas time is its ability to heal old wounds—if only for a moment—and help us recognize the very best in those around us… the things that made us love and appreciate them long before life’s complexities blurred the picture. This usually is a phenomenon you experience on a personal level, but sometimes, it applies to our perspectives of certain world famous celebrities, as well.

Considering all we now know about the late, great Michael Jackson—his difficult upbringing as a child performer, the international superstardom of the Thriller album (which happened to include a song called “Human Nature”), his later physical transformation and legal controversies—none of it seems to matter when we hear The Jackson 5 sing “I Saw Mommy Kissing Santa Claus” on our holiday radio station. The happiness of the song, and the spirited voice of a young MJ on lead, is like a pristine artifact. It transcends our idea of “The King of Pop”—whether we loved him or loathed him—and simply leaves us with the comfort of a single joyous, genuine, and simple moment in time.

No matter what, there was always the joyous, perfect music. Image from wikimedia.com

END_OF_DOCUMENT_TOKEN_TO_BE_REPLACED

Twas the month of December, 1973, and Toby Allen—the eldest member of Human Nature—was but a mere babe, celebrating his very first Christmas in the tropical heat of a New Guinea summer. Meanwhile, roughly 8,639 miles away, in snowy Detroit, Michigan, Berry Gordy’s world-famous Motown label had just released what would become one of its most beloved records of all time. It was the double-album A Motown Christmas—a compilation of soulful holiday classics selected from the label’s superstar-laden catalog. 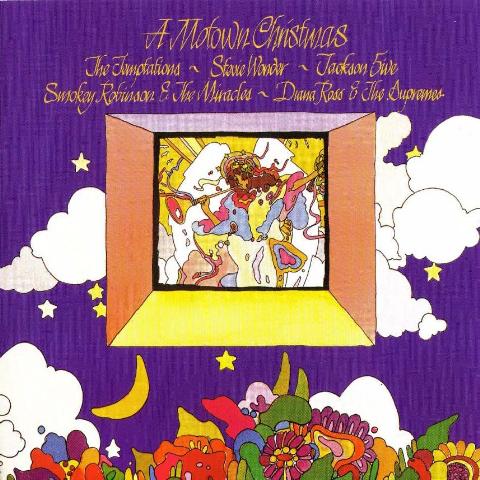 A Motown Christmas- making the world better since 1973. Image from wikimedia.com

Even if you’ve never owned the actual record, you almost certainly have a soft spot in your heart for the songs. There was Stevie Wonder’s ridiculously joyous “What Christmas Means to Me,” the Supremes’ lush take on “Silver Bells,” Smokey Robinson and the Miracles doing “Deck the Halls,” the Temptations sweet “Silent Night” lullaby, and of course, the Jackson 5’s classic “Santa Claus is Coming to Town.” Every song was delivered with boundless enthusiasm and genuine soulfulness—a much welcome antidote to the paint-by-number shopping mall stylings of the era’s aging crooners.

END_OF_DOCUMENT_TOKEN_TO_BE_REPLACED

And So This Is Christmas: Our Favorite Holiday Songs and the Power of Nostalgia

The Christmas season brings with it a swirl of conflicting emotions. We’ve all been there- you’re rushing through the mall, arms heavy with gifts, barely even able to see around a stack of things you’re hoping the recipients will find acceptable, and you start to lose sight of what Christmas means. But then you hear through the tinny loudspeakers a hint of clarity- your favorite Christmas song, bringing you back through the years, and reviving memories of loved ones, of Christmases past, and of the joy you know you’re going to feel on the morning of.

It’s strange, because while the external trappings- the trees, the lights, the shopping, the cookies- are more or less the same for everyone, we all have our own memories and emotions associated with the season. There are happy memories, like the first snowfall drifting over winter pines, putting up your favorite ornament (made for you by your grandmother), or that burst of wordless joy when you open a present that a second before you were positive you’d never get.

But mixed with these memories are a certain melancholia and aching nostalgia for your childhood home or the perfect and the unmatchable way your grandfather made hot chocolate. The contradiction fits with the nature of the holiday- a celebration of light during the shortest days and longest nights of the year. Our favorite songs often match these emotions.

After all, to an extent not found in any other holiday, Christmas is associated with music (quick- name your favorite Thanksgiving song!). These songs form the backdrop of our past, and the tunes carry with them echoes of our memories.

END_OF_DOCUMENT_TOKEN_TO_BE_REPLACED

The Making of The Christmas Album: Human Nature’s Holiday Debut is All About Tradition With A Twist

They say that smell is the sense most closely tied to memory. But come Christmastime, it’s the sounds of the season—even more than the aroma of those freshly baked gingerbread cookies—that really stir the soul. Christmas records, for millions of people around the world, represent a sort of unofficial soundtrack for childhood nostalgia. And whether you grew up listening to Bing Crosby croon “White Christmas” or the Jackson 5’s exuberant take on “Santa Claus Is Coming to Town,” the memories they evoke are just as lively and warm every time you hear them.

With this in mind, the decision to record a Christmas album of their own was not one that the guys in Human Nature took lightly.

Human Nature is ready to be unwrapped.