As it turns out, Human Nature’s well-earned reward for surpassing the milestone of 1,000 shows in Las Vegas is also going to be quite the prize for the band’s fans on the other side of the USA. That’s right, the boys are hitting the road again, with a slate of nine special “Motown Show” concerts, set for the dates of August 6 – 17. The mini-tour will hop along the East Coast, with stops in Waterbury, Connecticut; Lancaster, Pennsylvania; Washington, D.C.; Boston, Massachusetts; and the group’s very first stateside stomping grounds– Atlantic City, New Jersey. 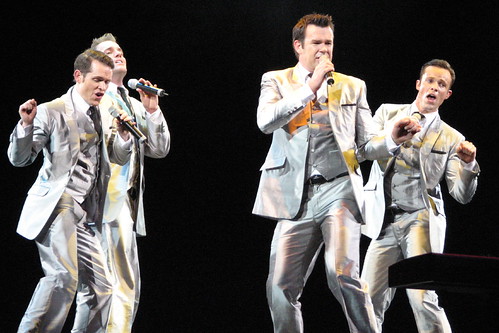 If you’re an East Coaster determined to catch Human Nature on this rare migration into your neck of the woods, the only question might be, which night should it be? Yes, the nearest geographical option is generally the easiest choice. But each venue on this tour has something special to offer and could prove well worth a journey to see your favorite Aussie crooners in a completely unique environment. So, without further ado, let’s take a look at the lucky hosts of the Human Nature Summer Tour 2014!

The history of the Palace Theater is rich and extensive.

It seems appropriate that the first stop on the tour is the beautiful Palace Theater, a venue that—much like Human Nature—combines an admiration for the past with a modern flare. Located just 90 minutes outside of New York City, Waterbury is a bustling New England town rooted in over 300 years of history (it was first settled in 1674). By the early 20th century, the town was known as “The Brass City,” thanks to its booming brassware industry. And it was during this same period— 1922, to be precise—that the Palace Theater opened its doors. The venue was an immediate sensation, designed in the Second Renaissance Revival style by architect Thomas Lamb. It hosted Vaudeville shows and early silent films, and served as an entertainment centerpiece to rival any other in New England. The Palace eventually evolved to host major music concerts, too, from jazz and swing in the ‘50s to rock shows in the 1970s. Like many great movie houses of the its era, though, the Palace would soon turn into a reclamation project, shutting its doors in 1987 and not opening again until 2005. That $30 million restoration, however, not only maintained much of the original grandeur of the historic landmark, but also expanded it into a 90,000 square foot arena—well suited to a performance from Human Nature and the seven-piece Funk Foundation.

Here’s a brief fan video from Human Nature’s New Year’s Eve show at the Borgata in 2013.

You don’t need to watch Boardwalk Empire to know that Atlantic City has its own historic theaters dating back to the 1920s. The Borgata, however, is decidedly NOT one of them. This venue exudes modernism to the absolute max, opening in 2003 and currently standing as Atlantic City’s largest and top grossing casino. The fellas in Human Nature already know this place well—having played gigs here as recently as this past winter. They probably felt right at home, too, since the reflective gold glass of the Borgata tower echoes the look of the band’s Vegas headquarters, The Venetian.

Lest it be forgotten, Atlantic City has always been a home away from home (away from home) for Human Nature. After all, this is where the boys made their U.S. performance debut back in 2008, earning rave reviews for a two-month run that led directly to a Las Vegas residency. By no coincidence, the group’s five return engagements at the Borgata are all expected to sell out. Come check them out, and walk in the footsteps of Tony Soprano for good measure.

Human Nature will perform one night at the beautiful American Music Theatre in Lancaster, PA.

A little over an hour west of Philadelphia and north of Baltimore, Lancaster earned its own stop on the Human Nature tour thanks to this extremely unique concert venue. The American Music Theatre doesn’t have the history of the Palace (it opened in 1997), nor the high roller casino of the Borgata, but the 1,600 seat auditorium gives an intimate feel to everything, from visiting Broadway shows to original productions, comedy shows, and, of course, major music concerts. 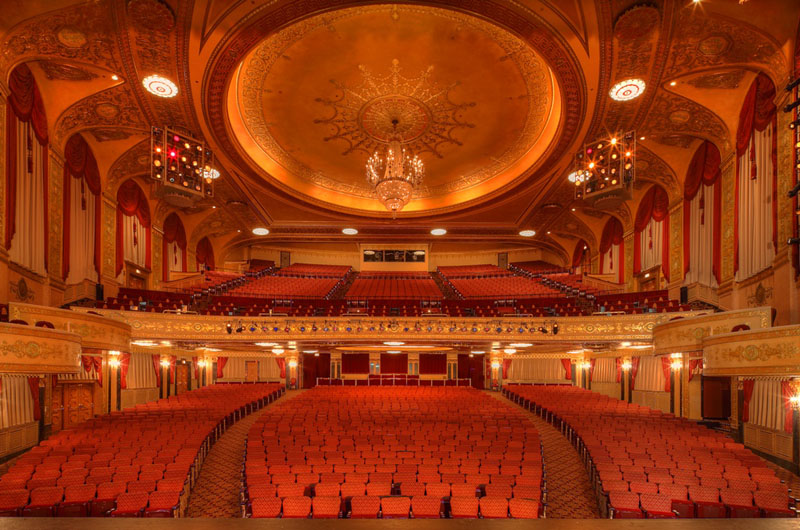 The Warner Theatre in Washington D.C. is a beautiful venue in which to see great performances, such as the one Human Nature will give August 14.

The history of the elegant Warner Theatre in the nation’s capital reads much like that of Waterbury’s Palace Theater. Another grand movie palace of the 1920s, the Warner was originally known as the Earle Theatre, and kept many classic Vaudeville performance traditions alive up until World War II, when theater owner Harry Warner (one of the famous movie-making Warner Brothers) decided to rename the venue after himself and focus its business on films. The Warner Theatre thrived during the “Golden Age” of Hollywood, but as is the unfortunate norm for such places, it eventually came under disrepair. Like the Palace, the Warner hosted rock concerts in the ‘80s to stay afloat, but it closed in 1989 to undergo long overdue maintenance. Thankfully, the 3-year restoration was a success, and the 90 year-old Warner Theatre remains as beautiful as ever. This is a great chance to see Human Nature on the same stage where Frank Sinatra played his final D.C. show back in 1992.

Human Nature will conclude their East Coast Tour with a performance at the Wilbur Theatre in Boston, MA.
Image source: TWP via wikimedia.org

Dating back even further in time than the Warner or Palace theaters, Boston’s famous Wilbur Theatre first opened for business back in 1913—a Colonial Revival building designed by famed theater architect Clarence Blackall. For over a century, this venue at 244 Tremont Street has existed at the epicenter of Beantown’s historic theater district. And today, following another much needed restoration in 2008, it serves as the home of Boston’s Comedy Connection—bringing in many of the biggest national and international comics to this cozy 1,200 seat theater, not to mention a long line of celebrated musical acts.

When it comes to history, Boston is easily among the best tourist destinations in America. So, on the occasion of Human Nature’s historic show at the Wilbur, why not make a weekend of it? The boys round out their tour here on a Sunday night before jetting back to Sin City once more. Catch ‘em while you can, Eastern Time Zoners!

Remembering a Mentor: Why Human Nature Will Always Be Indebted to the Great Jack Neary «