A reporter once asked baseball legend Joe DiMaggio why he hustled on every single play—even in games where the outcome seemed long since determined. “Because there’s always some kid who may be seeing me for the first time,” he answered. “I owe him my best.”

This philosophy is a pretty useful one for any performer, but it seems particularly fitting for a headlining Las Vegas act like Human Nature. When the tour bus goes in the garage and your show settles in on a single stage—there is still one thing that makes every night unique.

“It’s the audience,” says Phil Burton. “You know, we’re in the same venue playing mostly the same songs each night, and that could potentially get a little boring for some performers. But the audience just brings a new energy every night, and we feed off of that. It’s one of the really positive things about being here in Las Vegas—the audience is always changing.” 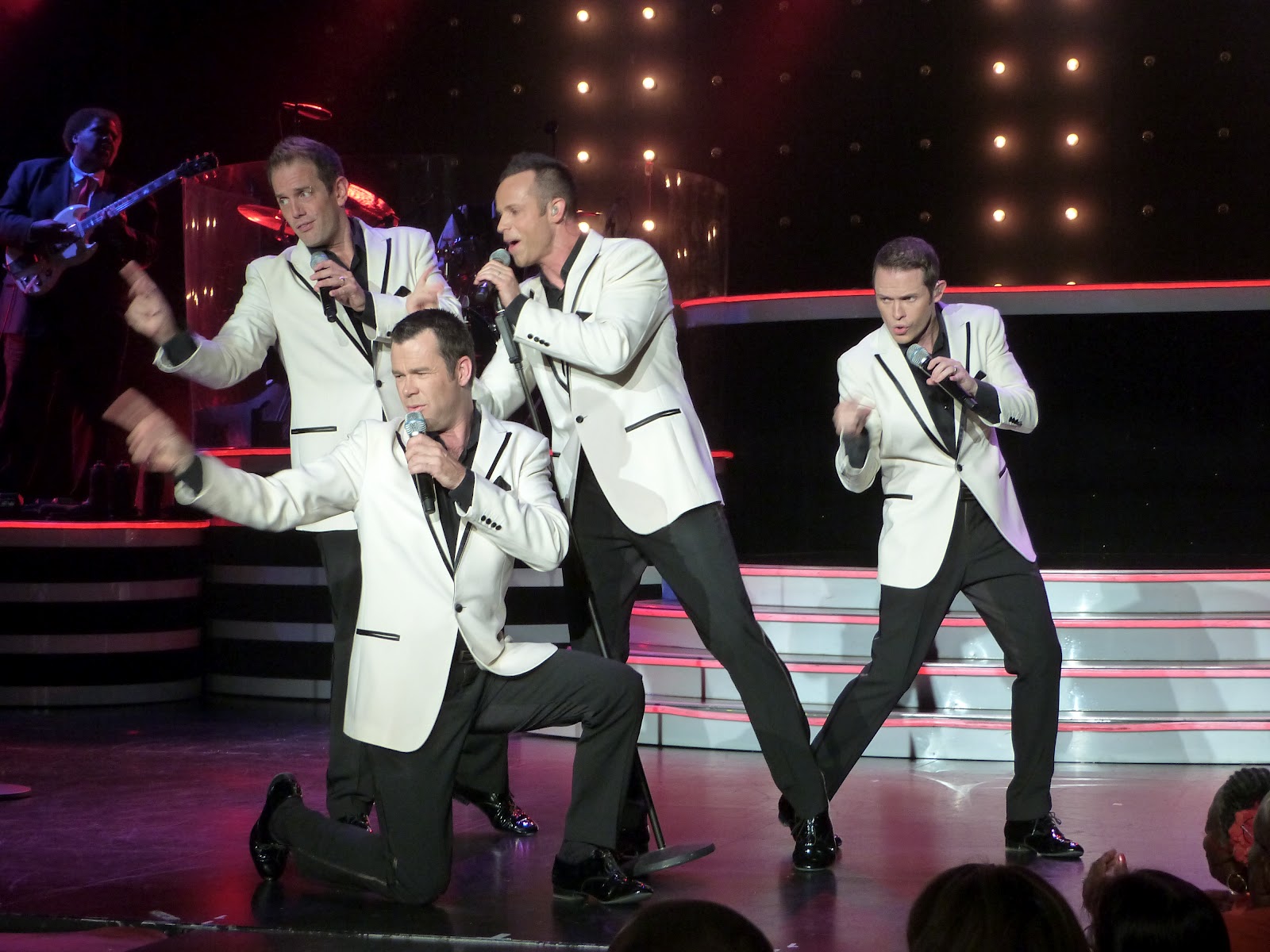 “It’s not hard to get yourself inspired,” Michael Tierney says.
Image from 1.bp.blogspot.com

“I mean, there are also some faces we see all the time,” adds Toby Allen. “There’s one girl that’s seen our show at least 40 times I think [laughs]. But certainly compared to touring back in Australia—where we’ve had such a long career—in Vegas, we start off a show knowing there’s a lot of people in the crowd who’ve never heard of us or seen us perform. And it’s extremely rewarding to see those people enjoying it and singing along by the end of the night.”

In the music world, the word “dedication” often elicits images of tortured artists—sweat-stained and serious—slaving away in the studio trying to dig a tone, a rhythm, or a piece of choreography out of their souls and into the universe. But along with dedication to the work itself, there is also the sometimes-overlooked idea of being dedicated to one’s audience. That doesn’t mean bending to the will of your established fans, either. It means being driven to put on an inspired, memorable, and emotionally satisfying show for the people who’ve paid to see you.

“That’s certainly a part of what’s made us the perfectionists we are,” Andrew Tierney says. “Every show has to be tight. From the audience perspective, I think there’s a thing when you’re going to see a vocal group– there are four different people and four different personalities to account for, and you don’t want it all to be dominated by any one person. And I think, to be able to structure that dynamic, you really do need to put some thought into how it will all go together. It’d be easy for one person to just go freestyle for a while. But if all four people go freestyle and just do what they want to do, it’ll just become a mess. So I think we just learned to structure ourselves and think of the impact of what we say, how we perform, what songs go where. It’s very much an art form that we feel we’re still working on. But we’ve gotten to the point where we feel we know how to craft a great show night after night.”

Still, whether it’s the Blue Man Group or Britney Spears, people will often look at Vegas performers and ask, “How do you stay motivated? How do you avoid the sense of routine?” Human Nature has been a staple at the Venetian for more than a year now, singing Motown classics that—in some cases—they’ve been performing for the better part of a decade. And yet, if you see their show tonight, you might guess that it was a one-off event—perfected and performed with the excitement of a group just discovering the magic of these songs themselves.

Here’s how Michael Tierney explains it.

“I think just part of being a singer or being a performer is when you have the chance to sing these songs—and they’re such great songs—it’s not hard to get yourself inspired to want to do a great job. They’re so enjoyable to sing, and when you see the response of the audience each night—people really loving the versions we do– it only lifts you up higher. So every night I feel lucky that I get a chance to do something I love. You have to remind yourself of that sometimes, if you’re feeling a bit tired or not feeling quite up to it on any given night. You have to say, ‘Well, I am doing something I love, and it’s making people happy.’ So it’s always worth it.”